“For me, the beauty contests were the key to entering the world of the television and entertainment industry, to make a career in the media.” 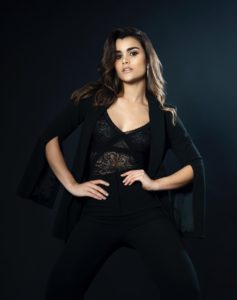 Clarissa Molina was the winner of the beauty contest Miss Dominican Republic, in 2015, and Nuestra Belleza Latina, in 2016. Born in Santiago de los Caballeros, Dominican Republic, on September 23, 1991, she now forges a career in the entertainment industry of the United States.

Since childhood, Clarissa had the dream of representing her country, but due to certain family situations, such as divorce of her parents and complicated economic conditions, she thought that her dream would never come true. However, a group of angels helped her fight and not give up on becoming worthy of the Miss Dominican Republic crown. And so, in 2015, her wishes came true! With great enthusiasm, our interviewee shares a bit of that great experience:

Clarissa: “Representing a country and hearing its name in one of the most important scenarios is priceless. It is something that can never be forgotten and that I carry, with great honor, always in my heart. My main objective was to make my Dominican people proud! “

Her family has always been the most important aspect in Clarissa’s life. Her parents, set the foundation for her to be better every day, not only professionally, but mainly, as a human being. The love and admiration towards them are noticed in her words:

Clarissa: “My mother is a woman with a very noble heart, she has no malice, she has very pure feelings, I love her as much as my father.” They gave me everything when I was a girl, and that is why, to this day, I keep the values instilled in me since childhood “.

Having their support, and sharing each of her achievements with them, is of great importance to our guest:

Clarissa: “Having them together on stage at Nuestra Belleza Latina, when I won the crown, was a magical moment, because I was there, competing, and I was able to get my parents to be reconciled, and together they supported me. They are the most important thing in my life!

But the road to her dreams was not always easy. Sometimes she had to fight and face adverse situations. When she arrived in the United States, she suffered bullying due to her accent. The boys made fun of her at school, through social networks, often with false profiles. In this regard, our guest comments:

Clarissa: “I was very hurt over that situation. However, each thief judges according to his condition. So, everything a person says is a simple reflection of what he or she really is. “

Beauty contests have undoubtedly been a key point in Clarissa’s career. The preparation they require has helped her to be a more confident, disciplined woman. In addition, they are a platform to venture out into the television industry. Through them she learned to believe in herself.

Currently, our interviewee works with a recognized duo from Hispanic television. Thus, she tells us about this great experience: 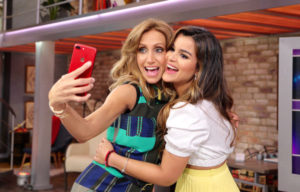 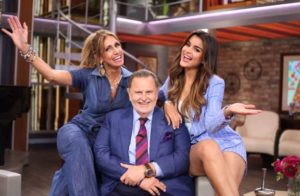 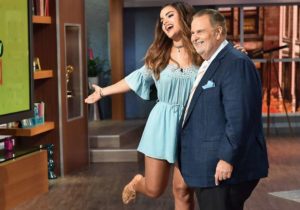 Clarissa: “Raul De Molina and Lili Estefan are, indisputably, two great television stars. Both have great experience in this medium. The fact of working with them and having the chemistry we have, has turned this experience into something incredible. I undoubtedly owe the entire team of El Gordo and La Flaca, everything I have learned these past two years. Each producer who can give me a grain of sand of his own knowledge, is very valuable to me. This happened, especially, with my producer, Beatriz Miranda, with whom I worked directly with, the first day. She has truly taught me what it means to be a complete talent: to know how to write, to go out alone on camera, to produce and edit your own work. She is a person to whom I thank for all her patience, and the trust she had in me from the beginning. “

Clarissa is a woman who is not afraid of challenges. She is a person who prepares day by day, and who, over time, has been
achieving professional growth in the areas of communication and acting. And as a result of her work, she will soon present her first film, “Qué León”, which will be released on the big screen in November, in the Dominican Republic; December, in Puerto Rico; and in January 2019, in the United States. We hope that this new facet of her life, dedicated to acting, is another success in her career and that she continues to reap the fruits of her work, dedication and passion. 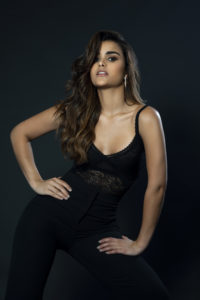 Finally, we transmit the message that Clarissa sends to each one of you, fans and readers of Latino Connection Magazine:

Clarissa: “It is an honor to appear on the cover of Latino Connection Magazine, precisely in Hispanic Heritage Month. I am happy that we, as Latinos, here in the United States, maintain the customs of our countries. I think there is nothing more beautiful than being able to show the traditions that each of us have, and to share them with people who might not have known them if it were not for us. The fact that they fall in love with what we do, fills me with a lot of pride. As a Latina woman, I would like there to be brotherhood and support among us, without expecting anything in return; compassion, that we can make the difference among so many people, and to be a role model. I would like to express the idea that by working, and with much effort, we can achieve our goals. And also that, as Hispanics, we can contribute many good things to the country that opened its doors to us. “