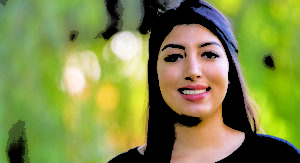 Some legislators remain hopeful to provide a path to citizenship for Dreamers.

Since the new Republican Party now controls the White House, Congress and the Senate; immigrants across the country have grown worried about their future, especially considering that an aggressive deportation policy was used as flagship rhetoric by Donald Trump to become the 45th President of the United States. See Marwa Eltagouri, from the Tribune.

So far, immigration enforcement has not been too different from the Obama Administration.

In the first six months of the new administration the arrests performed by ICE officers increased, but the deportations did not. USA Today reported that in the final three months of the Obama administration, ICE averaged 9,134 arrests per month; compared to an average of 13,085 each month under Trump.  ICE raids into homes, in early hours of the mornings, or at work places now aim at registering as many undocumented people as possible. However, the government lacks the capacity to effectively deport the number of people they have detained. This according to DHS Secretary Kelly, in an internal memorandum. See Dara Lind, from The Vox.

USA Today also reported that “in the final three months of the Obama administration, the agency averaged 22,705 deportations per month”, [compared to 16,895 per month during the first four months of Trumps administration].

Undocumented youth “Dreamers” or Deferred Action for Childhood Arrivals  (DACA) recipients are in special danger of losing their immigration status. First, Trump promised during his campaign that he would end DACA, second, deportation proceedings against people with DACA has increased under Trump, and third, a few states have told the administration that they would sue the federal government if DACA was not terminated.  In September 5th 2017 the program was terminated. See Michael Shear from the NYT.

Even before the DACA program was terminated, the administration had been using bogus accusations of gang membership in order to begin their removal. The American Civil Liberties Union has filed a class action suit against the administration for fabricating bogus accusations of gang membership in order to deport immigrant youth. In a statement one of the youth in removal said that “The police and immigration agents are arresting kids because they think they look like gang members, but youth are the future of this country and they have a lot to offer.” ICE officials wouldn’t couldn’t comment on a pending lawsuit.  In 2016, our offices represented two youth falsely accused of gang activity, one of them continues fighting his case. According to the Washington Examiner, terminations and revocations of DACA increased over time to a total of 2,139 – due to criminal charges, or gang accusations.

The Bridge Act (H.R. 496): No path to citizenship, only work authorization

Recognizing America’s Children Act (H.R. 1468): With Path to Citizenship that might take 10 years.

Trump Moves to End DACA and Calls on Congress to Act https://www.nytimes.com/2017/09/05/us/politics/trump-daca-dreamers-immigration.html

Immigration arrests up, deportations down under Trump

National Immigration Law Center|  Side by Side: DACA and Related 2017 Legislation