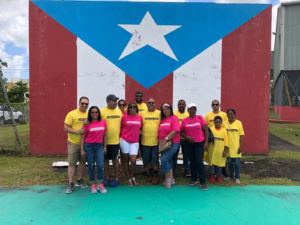 Earlier this year in the month of May, Latino Connection travelled to Puerto Rico to deliver donations for families who were victims of Hurricane Maria.  I interviewed Leslie Ruiz, Katherine Vargas, Pedro Fernandez and George Fernandez, core members of the Latino Connection team concerning this wonderful experience. As we chatted, I could not help but notice the tears in their eyes, the gratitude and love in their expression and the impact it left on them as a team.

LC Magazine: What did you feel as you gave the residents of Puerto Rico the items donated by the community in Harrisburg 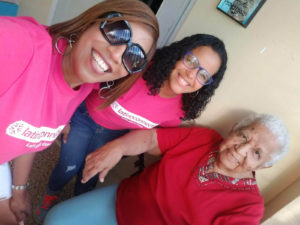 Katherine: The experience was wonderful! I was so happy to have been able to contribute and help those that truly needed it!

Pedro: At first, they didn’t want to receive the donations because they believed it was from their Government. They’ve felt abandoned by those who were supposed to help them. Many were even yelling at us. Yet, once they realized that we were fellow citizens, especially from the Harrisburg community, they couldn’t stop the tears of joy and appreciation. They repeatedly blessed us!

Katherine: Exactly! With one act—just a “little” bit, we were able to change expressions of sadness to smiles!

LC Magazine: Leslie, you were the one who began this donation drive in Harrisburg for Puerto Rico. Why did you feel such a strong need to do this?

Leslie: Not only am I from Puerto Rico, I grew up there—but I also have friends and family that still live there. I personally know their continued struggle. The fact that I couldn’t physically be there during the disaster, I felt like I needed to do something. It helped me cope with my own pain, to organize this drive in the Harrisburg community.

LC Magazine: In Puerto Rico, who were the donations given to and what type of donations were given?

Leslie: We went to a town in Puerto Rico called Valenciano Abajo. At the time we handed out 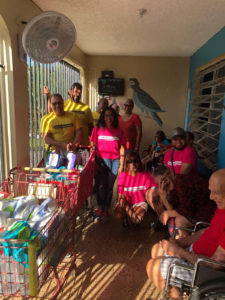 the donations, the town was still without water and electricity. We donated the items to a few organizations like, Hogar Cuna San Cristobal, a government-run orphanage, and Carola’s Home Care, a nursing home and senior citizen center.

Pedro: We even saw a 107-year-old man taking care of his wife on bedrest!

Katherine:  It was truly amazing to see how the community in Harrisburg contributed towards Puerto Rico.

LC Magazine: And the people? What were they like once they received the donations?

Katherine: I think that was the best part of this entire experience! To be able to see their faces of joy the moment they saw all the items being contributed!

Pedro: I cried seeing so much need but seeing so many individuals smile with joy when they received the donations was touching! 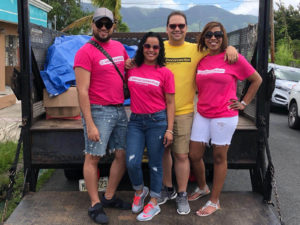 LC Magazine: George, why does Latino Connection continue to be involved in communities in Puerto Rico and other Latin American countries? What’s the motivation?

It’s important that we remember where we come from; maybe not personally us but what about our parents? And if its not them, what about their parents, and grandparents?

LC Magazine: So what would you say is your continued motivation?

George: In the end, we want to give back to those countries that we know have a much larger need than we do in the United States. Here, we can spend twenty dollars ($20) at Starbucks. Twenty dollars ($20) is sometimes the weekly salary of a person from countries of our backgrounds.  That’s why we do initiatives like the one in Puerto Rico and the one we’re actually doing at the moment which is collecting backpacks for children in Santo Domingo, Dominican Republic.

We’re people helping people, through Latino Connection—all about getting it done.

For more information on how you can contribute to Latino Connection Global initiatives, contact: info@latinoconnection.org.