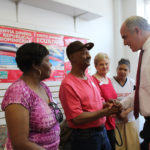 By Evelyn Colon Have you ever met a senator? Face to face? Cameras off, no handlers whispering in their ear. Well, I have. Recently, I had the distinct pleasure of meeting Senator Robert “Bob” Casey, Jr. Lessons from a father still ring true today Excited energy filled the room as members of the tight-knit Lebanon […] 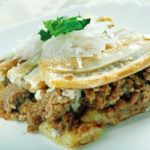 From the kitchen of Pedro Fernandez From Wikipedia: Pastelón and its variant “piñón” from Puerto Rico is a casserole dish layered like Italian lasagne made with sweet plantains, ground beef, tomato-based sauce and cheese. This dish is also a copy in the Dominican Republic. Ingredients: 10 plantains (yellow) 1 1⁄2 pounds of ground beef 1⁄2 cup […] 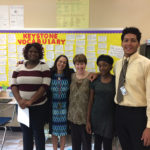 By Joyce Libby Heart racing, hands shaking. You approach the podium, praying you will remember what to say. This is the plight for many who have anxiety about speaking in public. It’s also why I find it extremely inspiring that every year, teenagers from Harrisburg and SciTech High Schools step out of their comfort zone […] 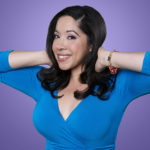 Comedian Gina Brillon has been cracking jokes since childhood. A Bronx native, Brillon has entertained audiences from Montreal to Los Angeles, headlining at some of the top comedy hot spots and appearing on network hits like Comedy Central, Chelsea Lately, and The View. In 2012, Brillon made history, becoming the first—and only—Latina to win NBC’s […] 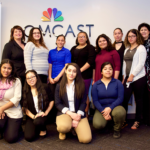 Last fall, Comcast’s newest Employee Resource Group, Unidos, held its first meeting. Attendees traded black bean and rice recipes and ripped up the dance floor to the sounds of salsa and merengue. Although the description may sound more like a block party than a business development event, Public Relations Manager Josephine Posti explained that Employee […]